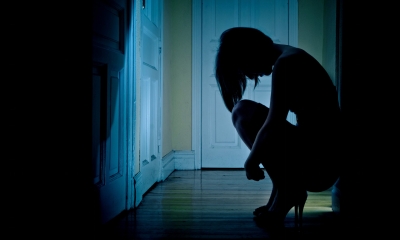 Victims of domestic violence will have more support in taking abusive former parters to court after the court of appeal quashed restrictions on obtaining legal aid in family court cases.

The decision comes after women’s rights campaigners argued large numbers of victims were being unlawfully blocked from legal aid, forcing many who have endured rape and beating at the hands of their partners to face their abusers in court without legal representation.

It means the government will now have to remove the stipulation that people applying for legal aid had to produce evidence of domestic violence within the previous two years. The former regulations effectively excluded victims who have suffered financial abuse, campaigners argued.

The ruling is a victory for campaign group Rights of Women, which appealed against a high court judgment that upheld the changes as lawful. Research by the charity had found that 53% of those affected by domestic violence had chosen not to pursue cases in the family courts because they could not get legal aid.

Emma Scott, director of Rights of Women, said: “Today’s judgment is important recognition of women’s real life experiences of domestic violence and means that more women affected by violence will have access to advice and representation in the family courts.”

At the heart of the case were rules introduced by Chris Grayling, the then lord chancellor and justice secretary, that only granted legal aid in family law cases to claimants able to show evidence they had suffered domestic abuse in the previous 24 months.

Such evidence could include convictions for domestic violence, non-molestation orders, evidence from doctors who had treated victims for injuries suffered as a result of domestic violence and a number of statutory remedies available only to victims who gone through formal routes to escape domestic violence.

“Research has shown that 40% of the women responding to our survey just didn’t have the evidence to apply for legal aid,” Scott said. “That means that they are stuck with some harsh choices.” Of those who did take, 29% were forced to pay for a solicitor privately and 28% represented themselves in court, Rights of Women’s research found.

Many others were left with no options at all, she added. “We know that some women were staying in violent relationships and not seeking the remedies that the law entitled them to.”

In 2014 the high court ruled that Grayling had acted within his powers when he introduced the changes. But after a one-day appeal hearing in January, three appeal court justices have now ruled that the so-called regulation 33 “frustrated the purpose of the 2012 act of granting legal aid to victims of domestic violence”.

Lawyers for Rights of Women had told the court large numbers of victims are being turned away “at the first hurdle” because they have no permissible evidence, and had been left with the choice of paying a solicitor privately – often resulting in them going into debt – representing themselves, or doing nothing and continuing to be at risk.

The Law Society supported the challenge, which was brought by the Public Law Project on behalf of Rights of Women. The Law Society president, Jonathan Smithers, said: “This ruling means that access to safety and justice will no longer be denied to the very people the government expressly sought to protect with its amendments to the regulations.”

Polly Neate, chief executive of Women’s Aid, said: “This ruling will at last mean women and children get some protection in the family courts. We continually hear that survivors and their children are at risk because they can’t get legal representation.

“Many survivors are directly questioned by the perpetrator in the family court, which would not be allowed in a criminal court – and their fears and those of their children are not taken seriously. This can have fatal consequences, as shown by the Women’s Aid report Nineteen Child Homicides.

“The law has to recognise that abuse very commonly continues after the relationship has ended, so the “two-year rule” for evidence of abuse was grossly unfair. We applaud Rights of Women for this victory.”

A Ministry of Justice spokesman said the appeal court judgment would be “carefully considered”. He said: “We are pleased the court confirmed the lord chancellor did have the power to set domestic violence evidence requirements.

“We will now carefully consider the two findings made about the period of time for which evidence applies and concerns about victims of financial abuse. We are determined to ensure victims of domestic violence can get legal aid whenever they need it. We have made it easier for victims of domestic violence to obtain legal aid, by ensuring a broader range of evidence qualifies. This has contributed to a 19% rise in the number of grants awarded.”

Make sure you enter the (*) required information where indicated. HTML code is not allowed.